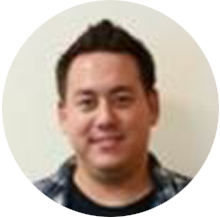 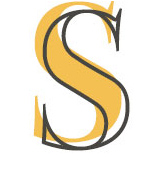 ean O'Haver spent the better part of 12 years performing underwriting and customer service for insurance companies. IT was his personal hobby, and he had wanted to work for a video game company since childhood. With the inkling of a career in IT in the back of his mind, he took a leap of faith and enrolled in some IT classes at Long Beach City College while continuing to work full-time. He signed up for a Linux fundamentals class that incorporated TestOut Linux Pro. This was his first experience with TestOut.

The TestOut Pro Experience
‍Sean went to class once per week and then spent his own time watching the Linux Pro instructor videos and demos, reading the text lessons, and practicing with the simulations. He studied before leaving for work in the morning, during his lunch break, and after work. "I loved the step-by-step training process. It really helped solidify everything I learned. And being able to study like I did on my own was a definite plus." When it came time for Sean to take the final exam for the class, interestingly, he didn't realize he was taking a certification. "It's funny, when I took the class, the school administered the Linux Pro Certification as the final, but I didn't realize I was getting a certification. After I passed and found out it was a certification, I started looking for entry-level Linux jobs. I didn't have an outlet for a job in IT, but Linux Pro was it."

Outcome
‍Sean took a few more IT classes, including TestOut's Network Pro, while working full time and looking for jobs. He soon found a job listing for a junior Linux administrator at Red 5 Studios in Irvine, California, a video game company. Sean applied for the job and listed his Linux Pro certification on his resume, attaching a PDF copy of the certification for good measure. He was thrilled when he was contacted for an interview. Sean's interviewer first discussed his Linux Pro certification, then moved on to interview questions. "They were like 'okay, let's see if this certification really says what it says it does,' and started asking me some tough Linux scenario questions. With my experience from the simulations and being able to pass the Linux Pro certification, I was able to answer the questions, so I think they knew pretty quickly that I had the skills." Sean was offered the job and enthusiastically accepted. He worked at Red 5 for almost one year, adding to his expertise with Linux in the process.

This led Sean to an opportunity at Amazon Web Services where Linux experience was a main qualification. Seeing the opening as an awesome career opportunity, he applied and received a call for an interview. Amazon's hiring process was stringent, with difficult technical questions and a technical assessment test, but Sean was confident in his abilities and was offered the job. "During my interview, I was asked a question that I would not have been able to answer correctly without my experience with TestOut simulations. In the end, it was a mix of my Linux Pro Certification and my experience at Red 5 that got me the job at Amazon." Sean credits much of his career success to TestOut Linux Pro: "Honestly, it was a life changer. It sounds cliché and everything, but it's a fact because with the Linux Pro certification, I got to work in the video game industry, which was a dream of mine ever since I was a kid, and now I'm working with big cloud infrastructures at Amazon. It's taken me places I never imagined I could go." Sean plans to go further with his career in IT. He is currently on Amazon's employee development track to become a systems development engineer.

Advice for getting Pro Certified
‍"The certification is your foot in the door. If you can prove that you can do the job, then you're hirable. If you don't make the effort to get the certification, you're only hindering yourself from the possibilities. It's definitely a confidence-builder and shows what you're capable of. Companies hiring for IT positions are looking for a sign that you're qualified for the job, whether that's a certification, experience, or both, and my Linux Pro gave me that extra push I needed to know that I have real Linux skills and know that I had the confidence to talk with employers and show them I'm qualified."