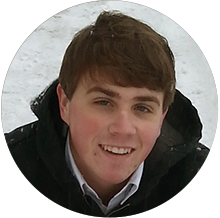 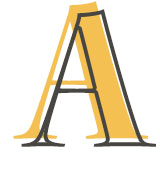 ustin Mikesell grew up with a curiosity and loved taking apart electronic devices and putting them back together. At Southwestern High School in Hanover, Indiana, his curiosity led him to volunteer in the school's IT department, where he performed basic setup for computers and built and ran network cables. "I liked making networking cables and running them throughout the school, and I especially liked seeing them work once they were set up." But it wasn't until his senior year that he learned of a new computer class offered by the school. This class introduced him to TestOut's LabSim and the PC Pro certification.

The TestOut Pro Experience
‍Austin was one of three students in the new class. Although he had a basic knowledge of computers and a knack for tinkering with them, he still had much to learn about configuring hardware and software in Windows and basic networking, security, and troubleshooting. With the help of his instructors and LabSim's PC Pro course videos, demonstrations, text lessons, simulations, and quizzes, Austin was on his way to mastering the skills needed to work as a PC technician. He studied hard and made sure to cover all of the course sections in preparation to take the PC Pro certification exam.

When it came time for exam day, Austin was ready. The TestOut PC Pro certification, a two-hour exam with 100% performance-based simulation questions and real-world job tasks, was no easy feat. But Austin's curiosity and hard work payed off, and he passed with a score higher than the national college average.

Outcome
‍Austin has since completed high school and attends Ivy Tech College in Bloomington, Indiana. He also works as a member of the Geek Squad at a local Best Buy retailer. Originally hired to work at the front desk, he was soon promoted to the back room to perform computer repairs. He attributes both his job and promotion to becoming TestOut PC Pro certified. "I do think that having my PC Pro certification helped me get the job, especially the promotion."

Austin enjoys being an advanced repair agent. "It's a good job. I can pay my bills, and it offers lots of good opportunities." Frequently, repairing computers also helps him learn new skills. "Every day I learn something new. I especially enjoy seeing the looks of satisfaction on the faces of clients when they receive their computers back. It makes me want to continue improving as a Geek Squad agent."

Advice for getting Pro Certified
‍"I recommend that you get certified because of the constant changes in technology, and the PC Pro Certification is a great credential to show employers what you can do. The LabSim courseware is straightforward and easy to follow, and the hands-on experience you get from the simulations is invaluable. Study hard and it will pay off. I know you can do it."

‍To read a more detailed account of Austin's story, check out the article in Certification Magazine.